In summer, the snowy peak’s chance to green landscapes – a pleasant season for various outdoor activities.
Discover our beautiful region on our hiking trails! During the summer months, Avrieux offers activities and events for young and old. 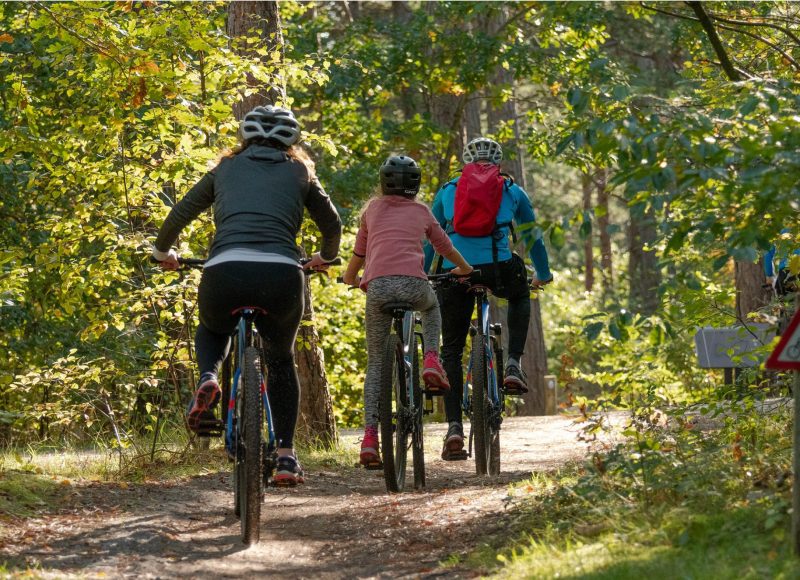 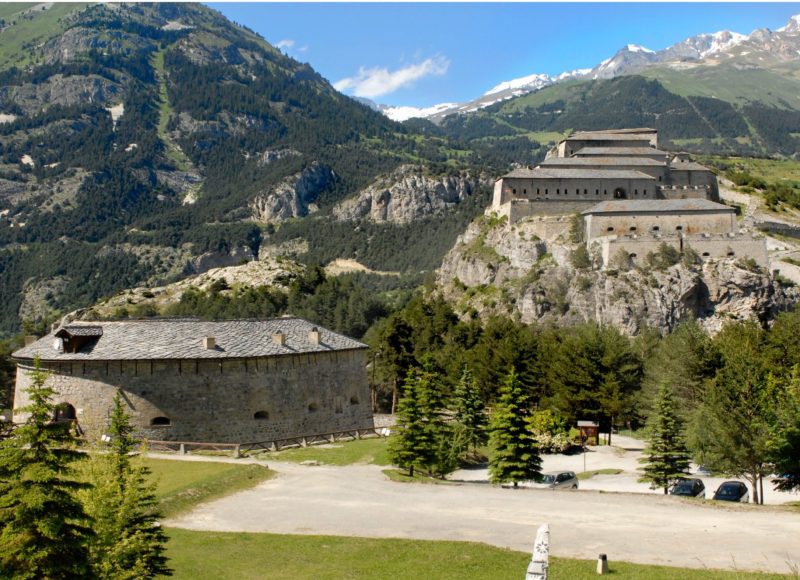 Discover the summer activities near the Residence Plein Soleil…

This via ferrata overlooks the gorges of the Arc and combines 7 independent sections. With a total loop of 3760 meters, it receives the title of “The largest via ferrata in France.

This is a strategic route on the road to Italy and the chain of five Esseillon forts that have guarded the Mont Cenis pass since 1832. In front of the Vanoise National Park, located between Fort Victor-Emmanuel and the Marie-Thérèse redoubt, you can admire a great landscape crossed by the Via Ferrata du Diable.
It is considered one of the most beautiful and largest via ferrata in the Alps. The landscapes of the gorges of the Arc are grandiose. The wild atmosphere will make you climb with swallows, swifts and ticodromes. The trails are varied, with ascents, descents, crossings and many types of walkways. It is certainly the main tourist facility of the Haute Maurienne in summer: a plus for children or amateur or experienced climbers!

This adventure park, intended for young and old, combines great excitement with the discovery of the Esseillon site.

This adventure park delights young and old by combining thrills with the discovery of the village of Esseillon. The zipline will causes great astonishment while crossing the Arc Gorge: thrills at more than 150 meters…

Parc du Diable is the largest adventure trail in the Savoy forest. Have fun with friends or family! Young and old will love it. Spread over 25 different circuits, you will go through more than 230 workshops and games accessible according to your level.
In addition, it is ideally located on the D1006 road, near Fort Marie-Thérèse, above the Gorges de l’Arc and the Pont du Diable.

The hiking trails of l’Esseillon

The Esseillon barrier is a series of five forts.

A BIT OF HISTORY…

The Esseillon barrier was built in the Haute Maurienne at the beginning of the 19th century by the kingdom of Piedmont-Sardinia to protect itself from France, its main enemy at the time.
It consists of five forts staggered in the valley: Fort Charles-Albert, Fort Marie-Christine, Fort Charles-Félix and Fort Victor-Emmanuel are located between the villages of Aussois and Avrieux.
The set blocked the access to the main passage between France and Piedmont, thus controlling the royal road of Mont Cenis.

The fortified complex of the Esseillon is linked to the concepts of the Marquis of Montalembert (1714-1800) whose theories were opposed to those of Vauban. The various works are named after members of the royal family. Marie-Christine, Marie-Thérèse, Victor-Emmanuel, Charles-Albert and Charles-Félix, but none of these forts were tested by fire. It was in 1860, when Savoy was annexed to France, that they became national heritage. Three of these forts have been restored to this day, one of which houses a restaurant and a gîte d’étape, and the other, a fortified heritage interpretation center.

The breathtaking 50m high waterfalls are the backdrop for the first sequences
of the movie “Les Rivières Pourpres” (Mathieu Kassovitz)!

Very easy to reach with the tourist road of the Esseillon forts D215, between Aussois and Avrieux. At the Saint-Benoît chapel, take the stairs to discover a green space and pleasant water in summer. Follow the small paths in the forest to reach the final waterfall of 90 meters high. In summer, this waterfall will refresh you with its mist of spring water and its small stream. A wonderful place to take beautiful photos and keep unforgettable memories.

The discovery of the passes such as Iseran or Mont Cenis

Discover passes like the Iseran or the Mont Cenis

We are in Savoy, halfway between Paris and Rome. On the French side, the charming village of Lanslebourg will seduce you. On the Italian side, the small town of Susa will give you a change of scene. The Moncenisio pass offers many different landscapes. It opens to peaks, mountain pastures and a blue lake. You can explore its alpine garden, its French-Italian house and its museum of pyramids, its alpine plants (more than 700 different) and a fort with a panoramic view.

Read more about it! 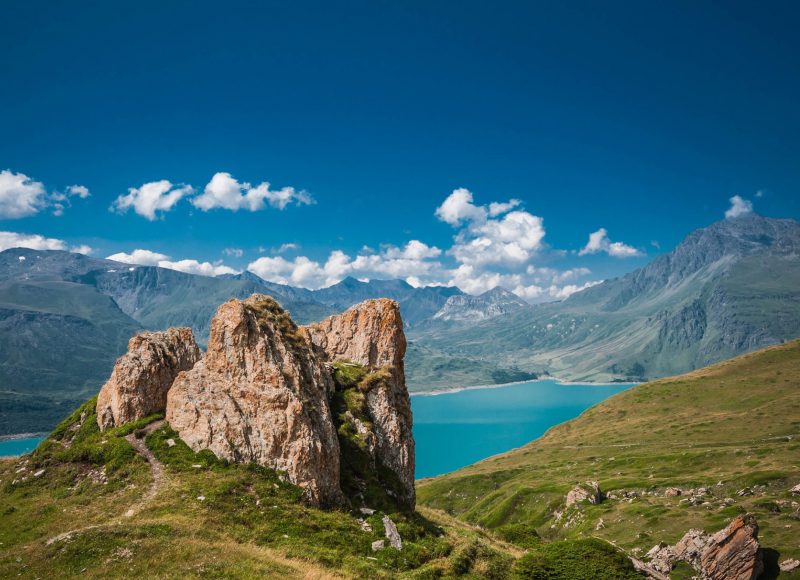 For moments of relaxation… 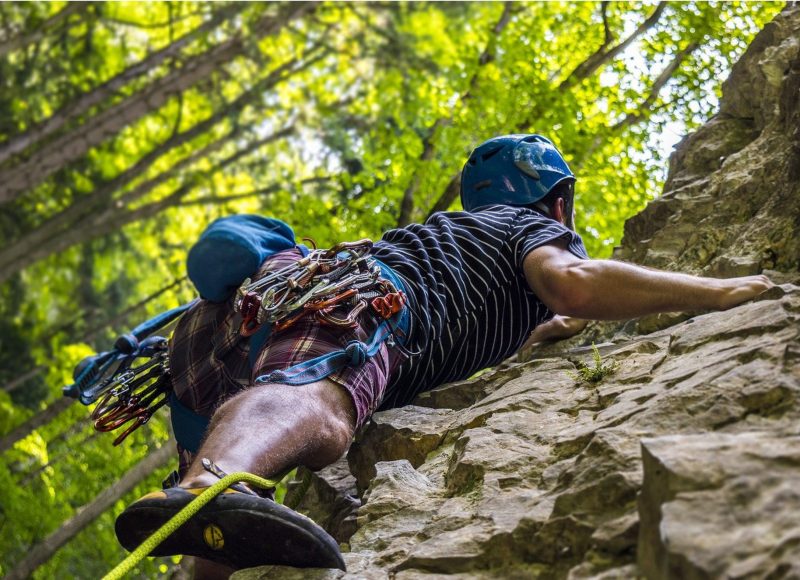 Summer activities: 10 minutes from the residence…

La Norma: During the summer there are many activities and events for the whole family.

Aussois: The ideal starting point for family hikes, high mountain tours or to discover the flora and fauna of the mountains!

Summer activities: 20 minutes from the residence…

Valfrejus: 25 km of marked hiking trails from the resort.